Madestones marks the beginning of 2016 with an overview at the promising future of laboratory grown diamonds. The Global Research and Consultancy firm Frost & Sullivan´s report indicates that the current scale of gem quality laboratory grown diamond production is estimated to be about 360 000 carats. The Production is estimated to reach almost two-million carats by 2018 and is expected to be more than 20-million carats by 2026.

At the same time, the report shows that production of mined diamonds will diminish from the current level of around 125 million carats in 2015 to only 62 million carats in 2030. Whereas the annual demand for diamonds worldwide will reach 221 million carats by 2030. The laboratory grown diamonds provide a solution to the expected decline in the supply of mined diamonds, which is likely to affect the diamond industry’s economy by filling significant 13% demand supply deficit. In the years to come, with the reasons above combined with social and environmental responsibility and affordability, the lab-grown diamonds are forecasted to be a dominant player in the diamond jewelry industry.

The Consumer Perception – A study by Frost & Sullivan 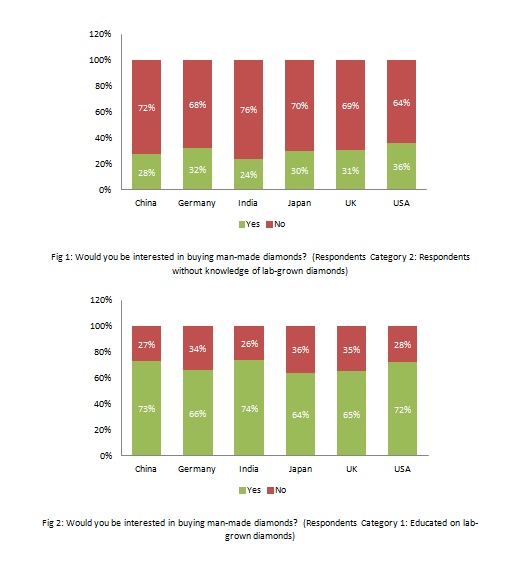 Madestones® is the largest distributor of laboratory grown diamonds in Europe. We will be exhibiting at Inhorgenta Munich 12-15 February booth C1-110 and at the Basel show 17-24 March booth A52 in the hall of Discovery (Hall 4U).